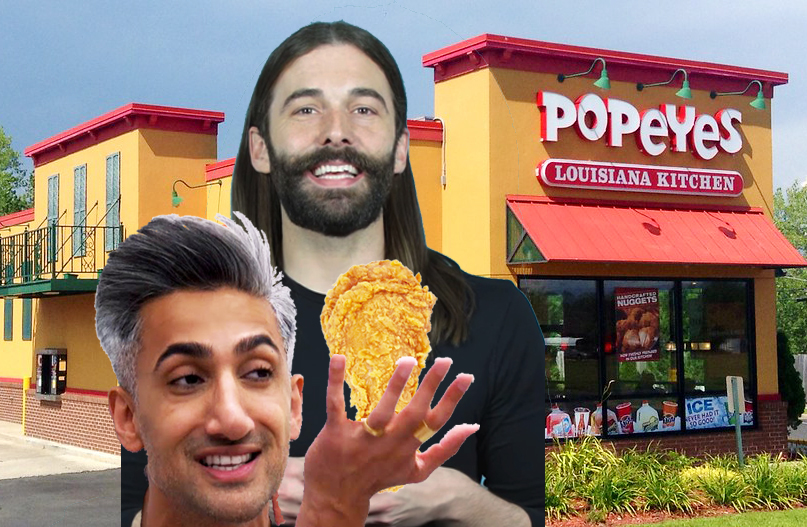 After the release of the infamous Popeyes Chicken Sandwich, millions have flocked to taste the fast food phenomenon—including one very surprising demographic: the LGBT+ community.

“Chick-fil-A has always had difficulty reaching the gay community, so our assumption was that gay people don’t like chicken,” Popeye’s CEO Cheryl Bachelder explained last Wednesday. “But, we decided to go out on a limb and release a chicken sandwich with profits that aren’t funneled into donations for anti-gay activist groups, and it turns out that people like that! Our non-homophobic chicken sandwich is revolutionary!”

According to some famous political analyst named Harley, these purchases are likely to replace political donations as consumption politics become more visible and polarizing for more people.

His commentary verbatim reads as so: “People are really getting into the power of the purse lately. Like really getting into it. My neighbor Lisa won’t shop at Hobbly Lobby because I guess it sucks, and my brother Joe says I should stop buyings Smucker’s jams ‘cuz they kill dolphins. I bet everyone is gonna just start supporting political candidates by buying food instead of donating money. Bet.”

A reporter from The Fishwrapper conducted this brief interview at a bar by like Kirkland, maybe? That might not sound good, but we’re pretty sure his analysis holds up since he’s famous.

Shlake Belton, founder of the Homosexual Research and Therapy Center for Men, seconds this projection.

“We’ve found that being upfront about what we support and hoping that people will donate to our cause just doesn’t work,” Belton said. “It’s all too opaque. It’ll be far better to fight it out on what is surely becoming the true battleground of American politics: that is, in the business practices of fast food chains.”

Political analysts took these new trends as evidence that America was entering into a new era of politics.

“Fast-food chains are increasingly polarizing. A few months from now, every restaurant will identify as either conservative or liberal,” one analyst predicted. “By the 2020 election, our combo meals will come with a free vote for a presidential candidate. By 2024, Ronald McDonald will be president.”