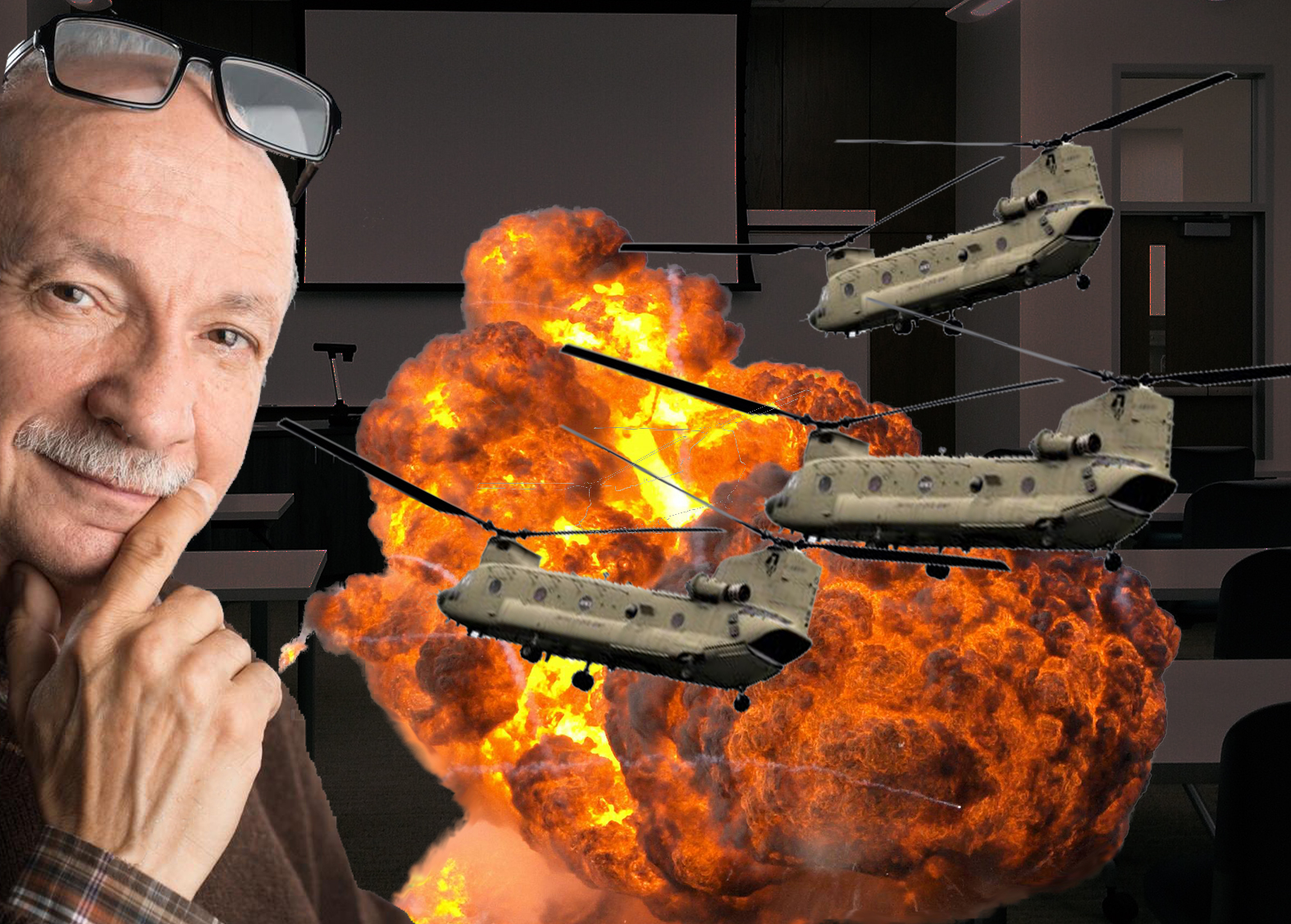 This Fall quarter, UW students have been terrorized by utter frustration brought on by an influx of elderly men in their history lectures. Lectures typically reserved for sleeping in the back are now chock-full of erect and attentive students, ages 65-80.

Apparently, these new old farts can be traced back to one place: Aging Acres, the nearby nursing home in Montlake. Aging Acres residents have a couple very notable traits: they smell of menthol from Vick’s Vapor Rub, and they are exceptionally sexually active.

Why have they flocked to UW’s history lectures? Moreen Capicola, head administrator at Aging Acres, says that the nursing home has recently removed dozens of Ken Burns’s war documentaries from the common room. For years, Ken Burns’ work dominated the TV screen from 4 to 6 p.m. (and a storm of elderly hanky panky followed from 6 p.m. to 2 a.m.).

It seems that in an effort to satisfy their “Nam needs,” the seniors have made their way to UW’s history classes. 75-year-old Chester Johnson, for example, has enrolled in HSTCMP 260: War’s Worst Consequences. He says he’s never been “harder than when he’s at UW, hearing the ugly, raw parts of war from a man who gets it.”

Chester noted, “The only thing that could make this better would be if a woman was teaching, but that’s a juvenile fantasy because women just don’t get it, you know?”

As registration season looms, non-access students should take note that if they register for classes which include war or war crimes in the curriculum, Chester and his friends will be there, and they will have hard-ons. Students can escape this veritable bonerville with smart registration strategies — avoiding all HSTCMP classes at all costs. It’s just not worth the I&S credit.