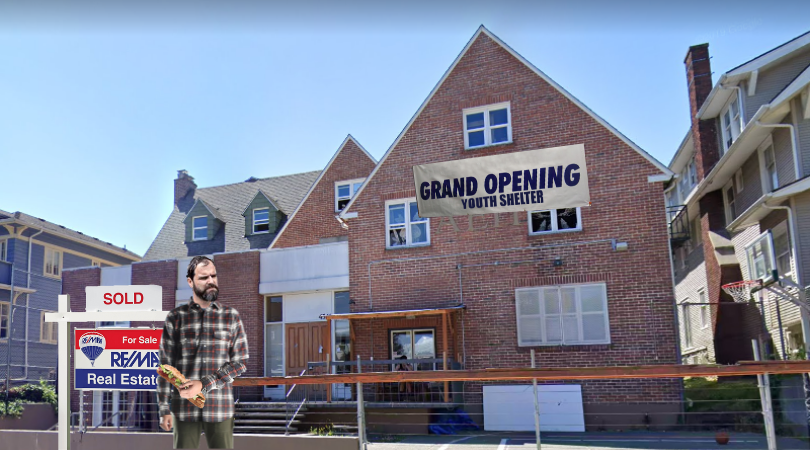 As a function of this new focus, Roots Young Adult Shelter bought a former fraternity house on 19th Avenue in early October. Many outside of the Greek system have applauded this transition, both for its altruism and because the number of reports regarding trash, cocaine, and human waste seen within the house and in the surrounding area have fallen to the lowest they have been in decades.

Some who already live in Greek Row have expressed resistance to this decision by the Cauce administration, however. One fraternity brother expressed concerns about the changing character of the area.

“When I walk around greek row I just want to feel safe,” said Travis Chris, tiredly reclining after a long night of assaulting women. “And I fucking hate how all the fucking shit bag homeless people on the Ave are fucking yelling and swearing all the goddamn shit time,” Travis Chris said. “Like, one time I was sharting in my laundry hamper in my room, totally FUCKED up, and I looked out the window and saw this homeless dude eating this gross fucking panini or something, and he wasn’t wearing fucking socks. I was like... ew.”

Others are also excited about the prospect of volunteering for the shelter. Kelsey Chelsey from Gamma Gamma Kombucha recently said she would like to volunteer at the new shelter during breakfast. She plans to make “lots of avocado toast with pepper and cute artsy lattes for the residents.”

In a follow-up question, she responded, “Obviously pics are going onto my insta. And I definitely want a good pic of me for my Facebook cover photo. I’m applying to med school soon, and I want them to know how much I like poor people.” ”

Other members of the Greek community were confused about the whole situation, which was made clear in a discussion panel that was held soon after the move. One girl asked if the people living in the shelter wanted to be “little-ed” to which the director, Padilla Vanilla, responded, “No. And please do not belittle the people finding a home here.”