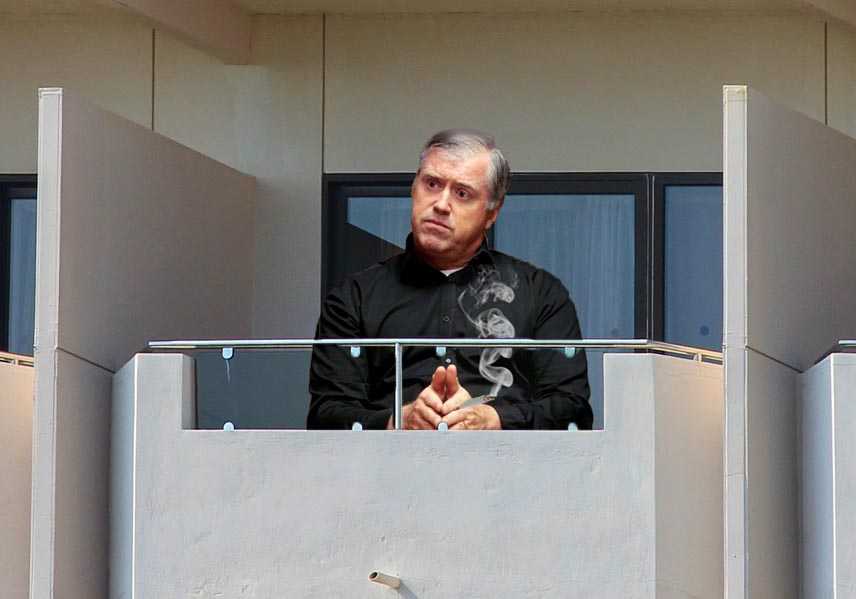 Juul CEO K.C. Crosthwaite was spotted with face in hands, smoking a cigarette on the balcony of Juul Labs in San Francisco last Friday morning, around 8 a.m. Photo evidence of the incident came in the wake of a CDC report issuing a warning about a recent spike in vape-related illnesses. The lungs of the industry have been wheezing after a stressful week of toppling stocks and threats of regulation from the White House.

Analysts at The Fishwrapper have examined the photo evidence and identified with 99% certainty that at the time, Crosthwaite was saying something like, “There’s nothin’ like a good smoke to settle the nerves… Oh yeah, that’s the good stuff.”

This Juul executive is not alone: after the recent hospitalizations of dozens of young vapers, many people are now switching to a less dangerous nicotine delivery system; many have taken up smoking to avoid the negative side effects of vaping.

President Trump’s recent call for regulation has also sent the e-cigarette industry into a frenzy, with many employees jumping ship to work at cigarette companies in hopes of tapping into the newly booming market.

“We haven’t seen growth like this in 30 years,” Marlboro spokesperson Timothy Woods explained to The Fishwrapper. “People seem to finally be coming around to our time-tested product.”

This market shift accompanies a highly visible pop cultural shift. Recently, Marlboro announced that Gweneth Paltrow would be the new face of its health-framed ad campaign, championing her own limited-edition cigarette, “Chamomile Buzz.”

These shifts are more importantly becoming noticeable on a local level — for instance, in the habits of local seventh grader Eleanor Young. “That senior who sold us vape carts never told us that it could be dangerous,” Young said. “I’d much rather stick with cigs like my parents. I don’t want to like…die or something.”