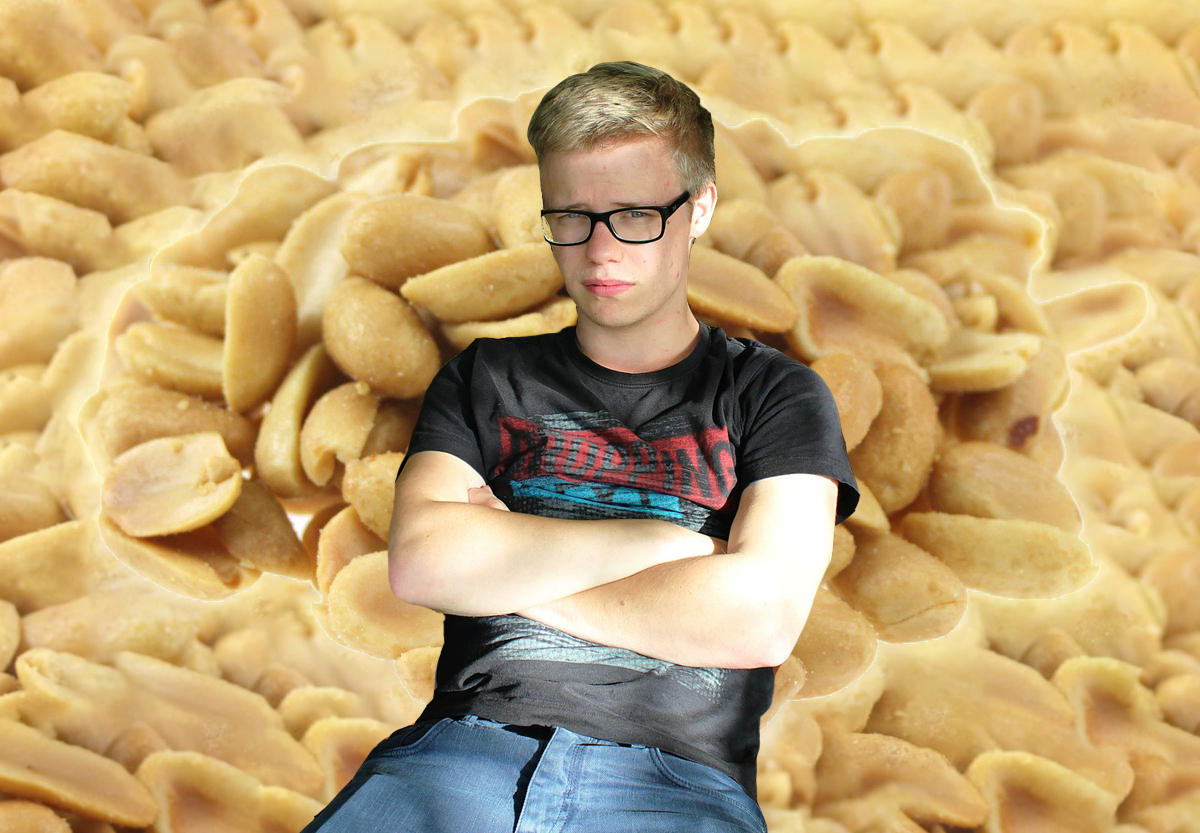 As Thanksgiving draws near, it brings with it traditions of family togetherness, tables filled with cornucopias of food, and Grandma’s thoughts on Big Pharma. Of course, it also means scores of men have hunkered down to embrace the autumnal tradition that is “No Nut November”—except in the case of one Trevor Ryan.

Ever since the “PB&J Incident” of first grade, Ryan has counted himself among the ranks of brave nut allergy sufferers.

“The way I see it,” Ryan told The Fishwrapper, while crunching on a barren stick of celery, “every month is my No Nut November. So truly, it humbles me to see my friends and family embracing my own struggle.”

But with the end of the month looming large, Ryan admitted that his once high hopes have all but disappeared. In his eyes, the cornucopia of complaints from family members and close friends have undermined the true spirit of No Nut November.

“I mean, it’s not that I’m ungrateful — I guess I just expected it to generate more sympathy,” Ryan said. “What really pisses me off is just how vulgar I’ve heard people get about it.”.

Ryan went on to cite examples: One unnamed coworker claimed that “[his] dick would burst open and rain down salty vengeance” if the event continued any longer. Shortly after the offending remark, Ryan reported witnessing said coworker quaking violently as he hobbled to the nearest restroom.

When asked to comment, Ryan’s step-mother, Teresa Baylor-Ryan, took a middle-ground stance on the issue.

“When Trevor told me about this ‘No Nut’ thing, he seemed so excited - so I was happy for him!” Baylor-Ryan explained. “But when I asked his brother about it, he scoffed and said it was just something virgins made up to feel better about themselves. I had no idea that kids these days call nut-intolerant people virgins. That’s so witty. Very cool.”